The General Congregation of the Institute of the Blessed Virgin Mary will take place from October 4th to 28th 2022 in the Jesuit Centre of Spirituality in Manresa, Spain.

The theme of GC ’22 is the profession motto of Frances Teresa Ball. The logo embodies the embrace and encounter of women who are also embracing our world. It is an expression of the journey of the Institute – celebrating what has been, what is, and what will be – and it reflects the union of our minds and hearts for mission.

The GC ‘22 will give us an opportunity as IBVM to reflect back on our history and to look forward to union with the Congregation of Jesus. We look, too, to the current reality, which is emerging from a global pandemic, war, and violence, with a hope of recovery and renewal.

GC ‘22 will be a moment of synodality, of deep and attentive listening to one another and to the Spirit, to reflect and converse in our listening circles, to share experiences and truth, and to think and vision broadly across Institute boundaries. We all participate in this GC at local and province levels through prayer, conversation, listening, and regional and provincial congregations.

Who attends a General Congregation?

The membership of the General Congregation is composed of:

Ex-officio members – those present by right of office:

We give thanks for her:
love of Jesus,
fidelity to the Gospel,
example of servant leadership,
attentiveness to each individual,
and appreciation of all that is natural and beautiful. May Marian’s passion for the plight of those made poor
remain in our hearts and minds alongside our memories of, and affection, for her.

In 1522, not long after his conversion, St. Ignatius sat praying on the bank of the Cardoner River near the village of Manresa in northern Spain. In his Autobiography, he describes an extraordinary vision:

He sat down for a little while with his face to the river—Cardoner—which was running deep. While he was seated there, the eyes of his understanding began to be opened; though he did not see any vision, he understood and knew many things, both spiritual things and matters of faith and learning, and this was with so great an enlightenment that everything seemed new to him. It was as if he were a new man with a new intellect.

Autobiography of St. Ignatius of Loyola [30]

In preparation for the GC at Manresa in October, the planning group have invited delegates into a journey of reflection in small groups called ‘Emmaus Companions’. The Emmaus companions are named beginning with Mary Ward, some significant women and the pioneers who brought the Institute to different places and countries. 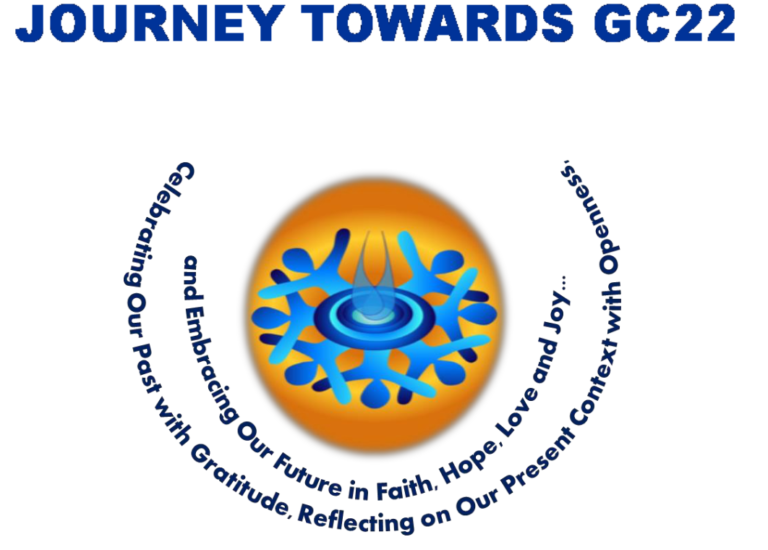 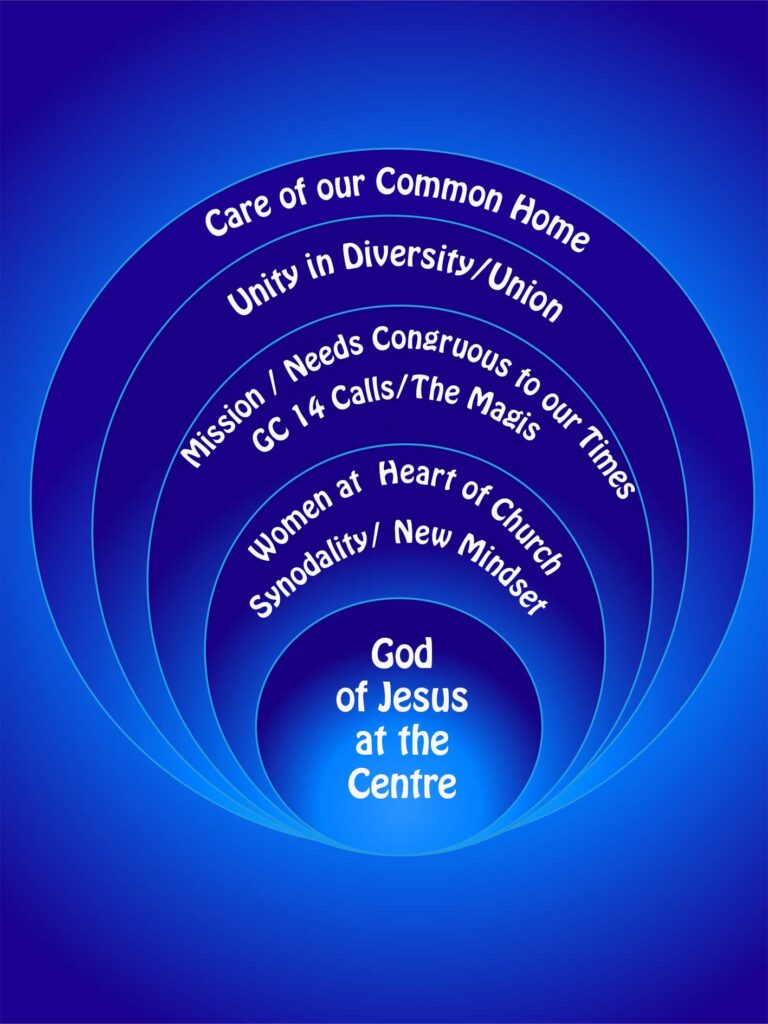