The mercies of the Lord I will sing forever

Frances Ball, a young Irish woman, joined the community at the Bar convent in York, where she had been educated, in 1814. She was encouraged to do so by Bishop Daniel Murray of Dublin, who was very eager to establish Catholic education for girls in Ireland, which was becoming more prosperous at the time. Taking the religious name of ‘Teresa’, she took Mary Ward’s Institute to Ireland with this intention. When they moved into Rathfarnham House in November 1822, the small community of three decided to name the house ‘Loreto’ after the village in Italy to which the House of the Holy Family in Nazareth was thought to have been miraculously transported.  Mary Ward had often extended her walk to Rome by 300km in order to visit this place of pilgrimage.

Teresa Ball was totally dedicated to her mission and endeavoured to provide a good education, running boarding schools as well as free schools for the local children. The success of these first schools prompted Bishop Murray to ask her to open other schools within the diocese. Invitations then came from further afield and, by the time of her death, Teresa had opened thirty-seven convents and schools in Ireland and had also sent sisters to India, Canada, England, Mauritius, Kenya, and Spain.  Today there are over 75,000 students throughout the world attending Loreto schools.

The call to go forth to different countries was very much part of the charism of Teresa Ball, and is still present in the Institute today.  In 2002, the then Institute leader, Mary Wright, invited each province to make a foundation in a new country in a new initiative called ‘Courage to move’.

“Mary Ward had a spirit of freedom and trust in her capacity to make new foundations eagerly in distant lands. She dreamed of universal availability, so clearly expressed in Institutum I and Part VII of our Constitutions. A striking characteristic of Teresa Ball was her courage and energy in sending her young sisters out on long and dangerous journeys, far from Ireland, to spread the Institute and its work….If the gospel of Jesus and Mary Ward’s charism, which we value so much, have a message of hope for all, why not take some risks, however small, in moving out from our safe and familiar situations?…”

In response, the Institute has extended its presence to Ecuador, Vietnam, Seychelles, Ghana, Zambia, Namibia, Albania, South Sudan and Timor Leste.  New projects include the setting up of an NGO against human trafficking, schools, health clinics, community centres, building wells….

Deirdre Raftery’s new book, specially commissioned for the Bicentenary of the foundation of Mary Ward’s Institute in Ireland. Frances Teresa Ball returned to Ireland from her formation at the Bar Convent in York in August 1821. She began the first IBVM community and school in Dublin and, in so doing, established the beloved name Loreto. Over the next four decades, until her death in 1861, Mother Teresa Ball oversaw the growth of Loreto not just in Ireland but around the world. Under her leadership, Loreto Sisters were missioned to Canada, Spain, India, England and Mauritius and established over 30 foundations.

‘Teresa Ball and Loreto Education, Convents and the Colonial World 1794-1875’ was officially launched at the UISG Centre in Rome on the afternoon of Thursday, 19 May 2022. Present, were the IBVM and CJ Generalate teams; representative members of the two congregations from Ireland, England, Spain, and Canada, along with some of the Friends of Mary Ward; students resident in the Rome community; technical staff from UISG kindly provided by Sr Pat Murray; the Irish ambassador; a handful of ‘stray’ sisters from both branches who happened to be in Rome and were delighted to be invited to join in, and the almost one thousand IBVM/CJ sisters and school pupils were with us via Zoom and YouTube from across the globe.

Apart from the informative and interesting narrative, this study also provides a wealth of useful and valuable information in a number of appendices. The Loreto Sisters have in Deirdre Raftery a most worthy chronicler.

…The convents provided religious sisters who established a network of Loreto foundations in nineteenth-century India, Mauritius, Gibraltar, Canada, England, Spain and Australia. How did these Irish women make foundations in parts of the British empire, and what kind of distinctive ‘Loreto education’ did they bring with them? The book draws on extensive archival research to answer these questions, while providing a new and important account of girls’ schooling.

The book also provides an original study of the Balls and their social world in Dublin at the start of the nineteenth century. Their network included members of the Catholic Committee, members of the Catholic church hierarchy and wealthy Catholic merchants. The book gives new insight into how women operated in the margins of this Catholic world. It also shows how the education of the Ball children, at York and Stonyhurst, positioned them for success in Catholic society, at a time when the confidence of their church was growing in Ireland. Four Courts Press

Deirdre Raftery is professor of the history of education at University College Dublin. Author of many publications, she is an elected Fellow of the Royal Historical Society. She has held many awards including a Fulbright (Boston College), and a visiting fellowship at the University of Oxford. 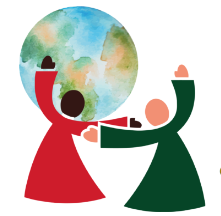